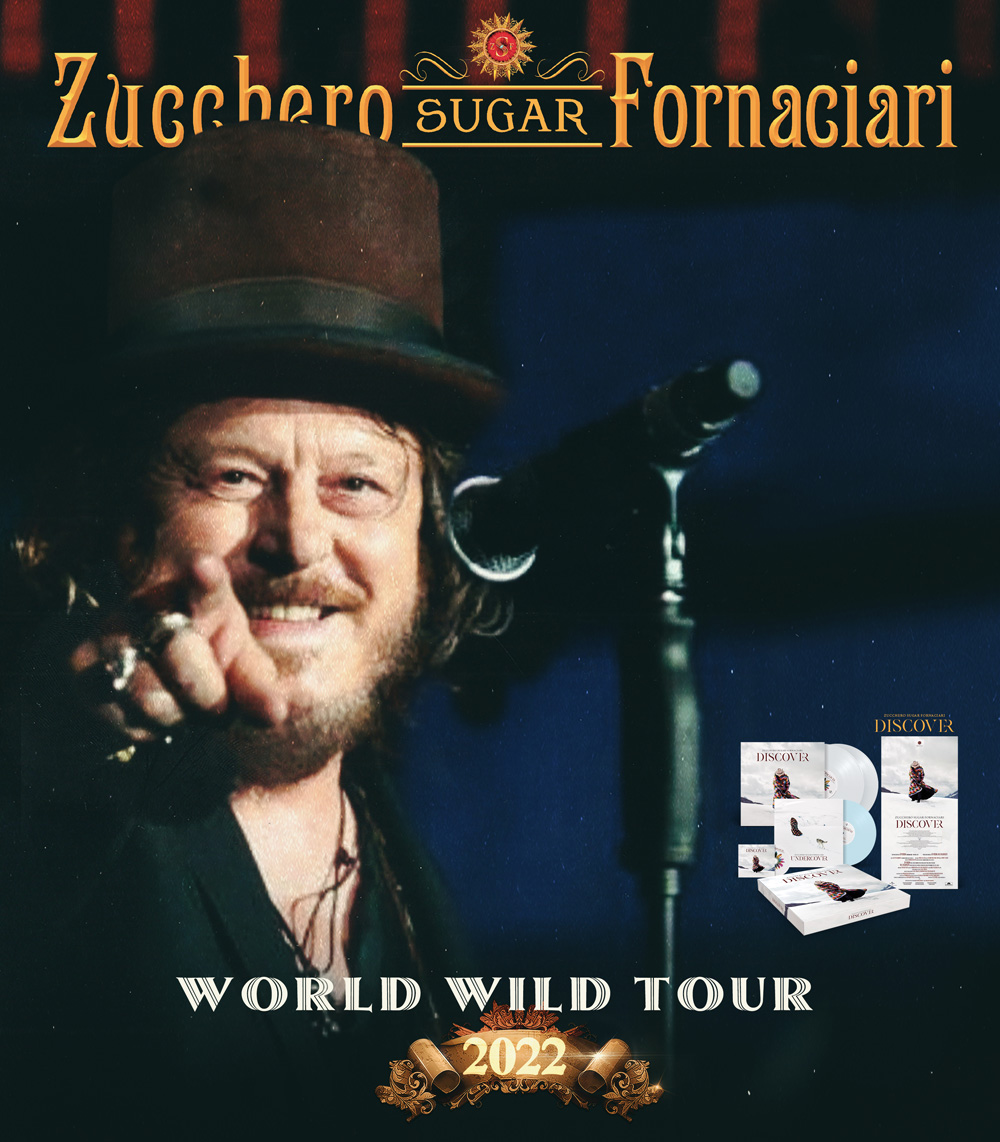 The Italian singer-songwriter Zucchero returns to the Rockhal in November 2020, performing one show as part of his World Tour. This tour follows on from the global success of the Black Cat World Tour 2016, which saw Zucchero play to over 1 million people in 611 cities, in 67 countries on 5 continents. Zucchero recorded his first album in 1983 and has scored hits with Senza Una Donna – his duet with Paul Young – Il Volo, Menta e Rosmarino, Diavolo In Me and Baila. He has duetted with some of the greatest musicians in the world, including Luciano Pavarotti, John Lee Hooker, Miles Davis, BB King, Tom Jones and Sheryl Crow amongst others. October 2018 saw Zucchero awarded the Tenco Artista Prize at the 42nd edition of the Tenco Awards in Italy – the most prestigious recognition for Italian singer-songwriters.