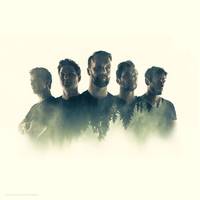 Tickets go on sale on Friday 5th March at 10:00!
An innovative progressive metal outfit based out of Notodden, Norway, Leprous draw inspiration from a wide array of genres and artists. Leprous issued a series of demos before the release of their acclaimed debut studio album, Tall Poppy Syndrome, in 2009. In 2011 the group issued its highly anticipated sophomore long-player, Bilateral. The brooding Coal arrived in 2013, followed in 2015 by The Congregation, the latter of which earned the group its first. Spellemannprisen (the Norwegian equivalent of a Grammy Award) nomination. In 2017 Leprous issued their fifth studio long-player, the ambitious Malina, followed by a substantial European tour