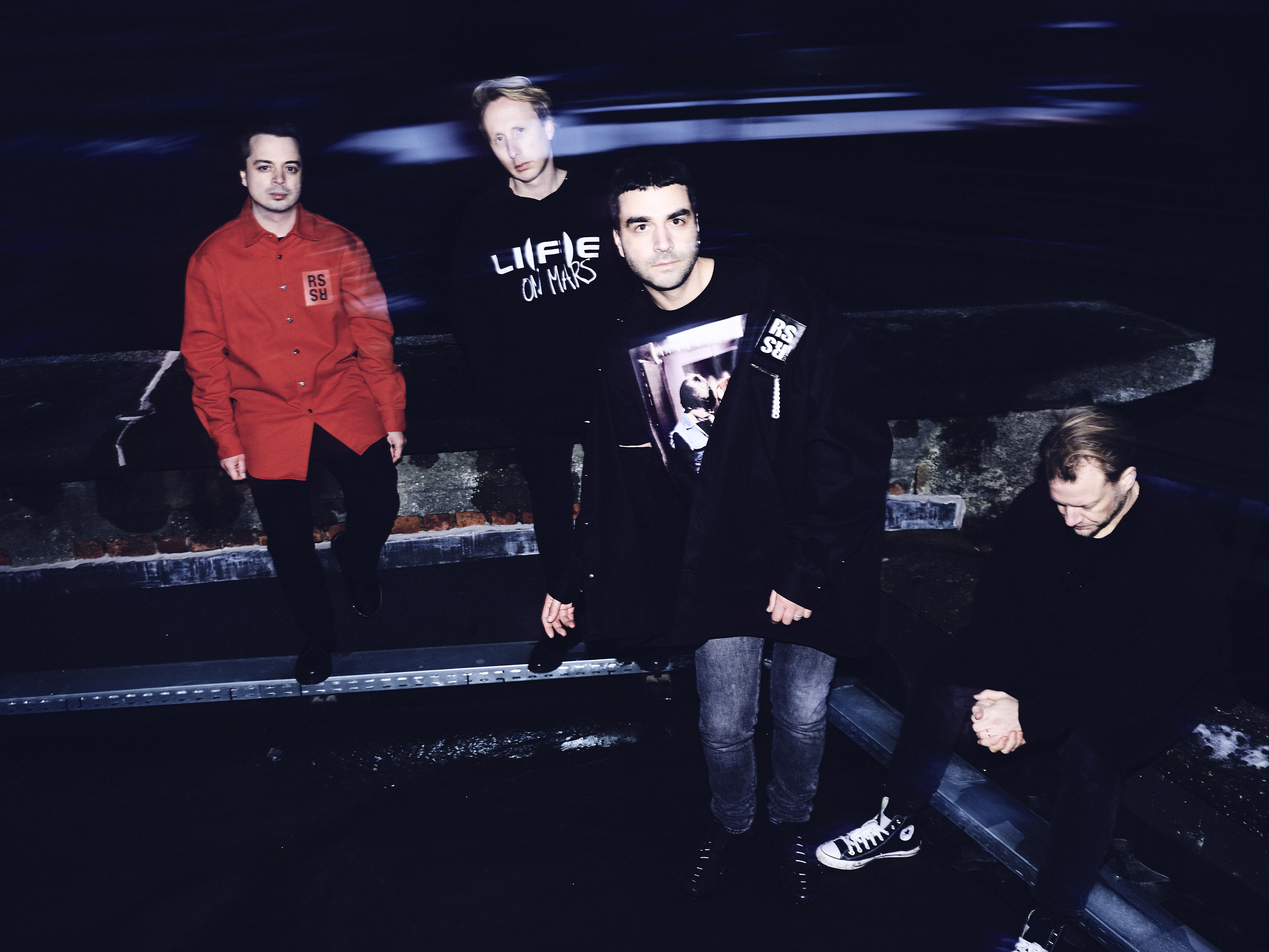 As visionary fashion designer Raf Simons puts it: “GOOSE is new energy.” And fifteen years after bursting onto the scene with Bring It On, the band’s debut album on UK label Skint, the Belgian four-piece is far from running out. In fact, since opening their own playground Safari Studios in their hometown of Kortrijk, they’re recording new tracks, remixes, and collaborations at a faster pace than ever before.

And like in the ‘old’ days – when they hooked up with legendary graphic designer Storm Thorgerson for the artwork of their sophomore album Synrise or with newfangled fashion photographers Willy Vanderperre and Pierre Debusschere to create a series of short films – GOOSE has found just the right artist to paint a picture of its new sonic exploits. His name? Bart Stolle, known for bridging the gap between century-old traditions and the digital age. Because if there is one thing GOOSE knows a thing or two about, it’s bridging gaps – between rockers and ravers, pillheads and pissheads, minimalists and maximalists. The band has been bringing together polar worlds since 2006 and making it seem like they were always meant to be together – all the while rewriting its DNA on almost every single occasion.

Like when they made a multimedia installation called De/ReConstruction, during which they performed an entire set with each band member on a different floor of a massive building. Or when they teamed up with Audi, using the auto manufacturer’s showpiece R8 engine as a synthesizer at a live performance called Circles. And then, of course, there is GOOSE NON STOP, the band’s new signature live set, in which they reimagine their past bangers, and which has led to arresting gigs at festivals like Tomorrowland and Pukkelpop.