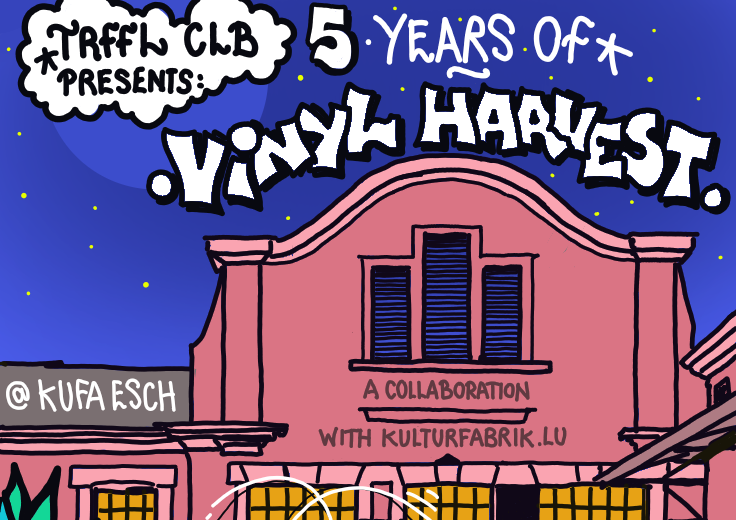 We are very excited to welcome back Cedric Dekowski for the fifth anniversary celebration of Vinyl Harvest. In 2019 he already impressed us during his live performance during a „Kinosch Listening Session“ at Kufa.

Cedric Dekowski is a dj/producer from Germany. In 2012 he founded, together with Felix Reifenberg, Thilo Dietrich and more, the HWSD label/collective. He became a resident dj at Robert Johnson Club in Offenbach and released several records on labels such as Raum Musik, Pressure Traxx, Partout and also recently on the new in-house record label by Vinyl Harvest called „Terre Rouge Records“.

This year he will be musically supported by some of our finest local selectors and dj-newcomers: Andra, Stéphane Présent, OOO kollektiv, Riven & Camillo, La Younes & Phat Eric.