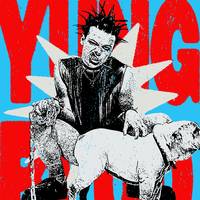 Born in Yorkshire, England, YUNGBLUD (aka Dominic Harrison) is a multi-instrumentalist who first picked up a guitar at age two and began writing his own songs at age 10. The 23-year-old artist is known for voicing what he feels are major concerns for his generation, using his music to unite and empower the youth of today. Bound by a love for his brilliantly outspoken breed of rock-and-roll music, that community has witnessed YUNGBLUD’s rise from a struggling musician living in a Northern England council flat to a global superstar hailed by Rolling Stone as a “pop-punk rebel on a mission” following the release of his self-titled EP and his full-length 2018 debut, 21st Century Liability. In 2019, YUNGBLUD released Live in Atlanta and the underrated youth EP, which debuted in the top 10 on the UK Official Albums chart and contained the hit single “original me” feat. Dan Reynolds of Imagine Dragons. YUNGLBUD has garnered over 1.4B streams worldwide and has over 8.6M monthly listeners on Spotify. Over the years, YUNGBLUD has performed to sold-out crowds in over 20 countries and played some of the world’s biggest festivals, including Austin City Limits, Life Is Beautiful, Lollapalooza, Reading and Leeds Festivals, and Vans Warped Tour.