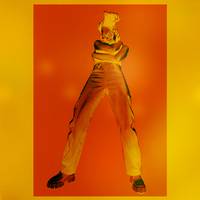 She may have Mercury and Mobo nominations, Ivor Novello and NME Awards, a critically garlanded music career and a starring role in Top Boy, one of the most talked about Netflix reboots, but you best believe when we say that 27-year old Simbiatu Ajikawo, aka Little Simz, is just getting started. Three wildly praised studio albums in, Simz is at a critical crossroads – her wild ambition, fierce talent and furiously diligent work ethic has won her devoted fans with the likes of Kendrick Lamar, Damon Albarn and Jay-Z, and seen praise heaped upon her from publications on both sides of the Atlantic, but what’s next? Luckily, she has risen to the challenge tenfold with Sometimes I Might Be Introvert, her most important and ambitious record yet, a coruscating journey into the heart of what it means to be alive in these tumultuous times, and one which looks set to handily cement her position as one of the most potent and vital young talents around today.