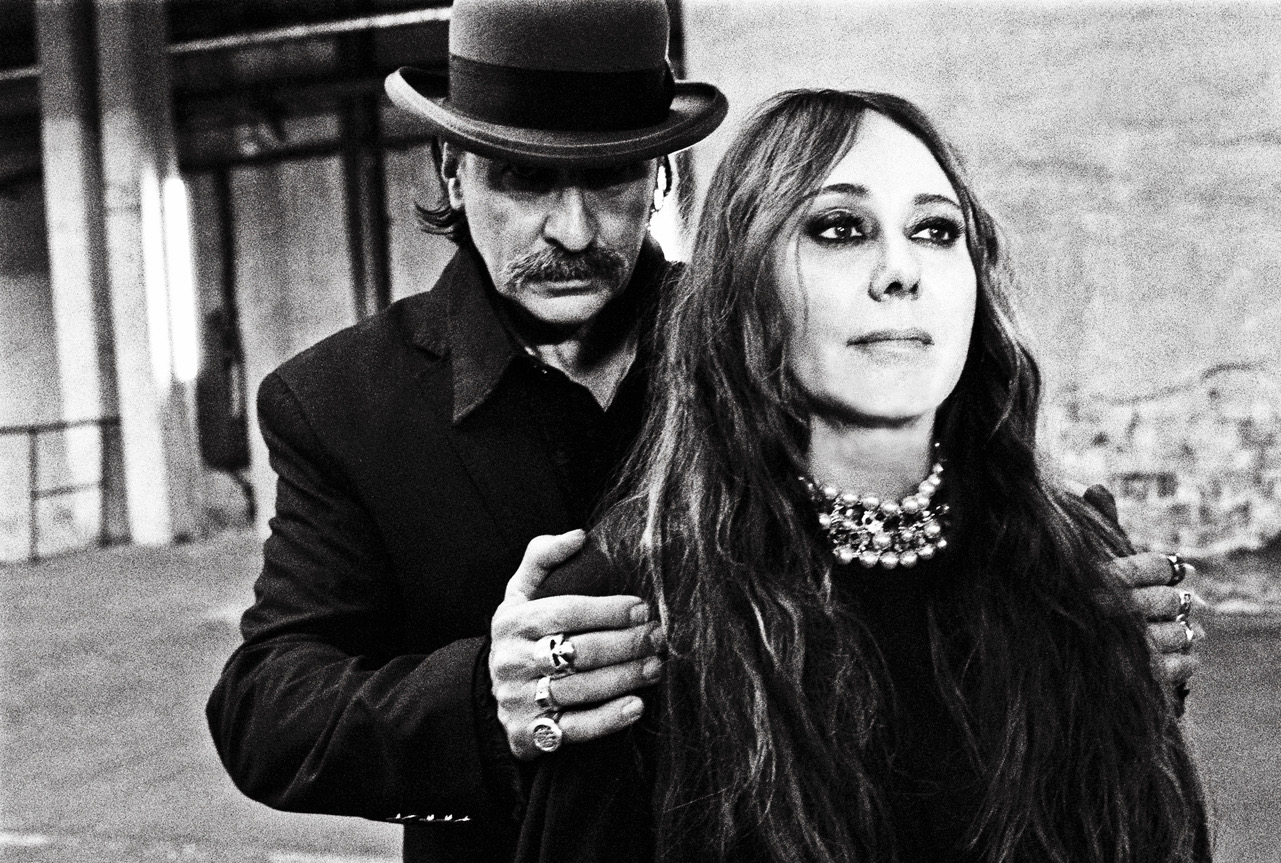 After the beautiful evening with the instrumental power trio Under the Reefs Orchestra in September 2021 in the Atelier Central (central workshop) of the former Arbed Esch-Schifflange Steelworks, the Kulturfabrik and FerroForum asbl wanted to repeat the great experience! On Thursday, October 13, it will be the turn of the experimental duo from Berlin Hackedepicciotto to invest the industrial wasteland…

Hackedepicciotto are Alexander Hacke and Danielle de Picciotto. Danielle de Picciotto moved from New York to Berlin in 1987, to become the co-initiator of the Berlin Love Parade, a collaborator of the Ocean Club & Monica Werkstatt with Gudrun Gut; member of cult band Crime & The City Solution and Alexander’s partner in crime. Alexander Hacke is original member and the bass player of Einstürzende Neubauten. The artist couple, married in 2006, has creatively interacted on international projects for two decades besides regularly releasing their own compositions.

Hackedepicciotto are known for their nomadic travels and adventures. As a result, the music is as expansive and exploratory, reflecting the endless movement across places, landscapes and environments the pair have experienced. They glide across genres that take in cinematic drone, industrial, experimental, spoken word and soundscapes that shift between immersive ambient into noisy eruptions. They have released six albums, the last one “The Silver Threshold” released by MUTE records is their most symphonic. It captures a rare moment of stillness and reflection for the duo.

This beauty is reflected in the album, from the opening ‘Ouvertuere’, with its sweeping strings and nuanced textures, that gently brings the album to life as if awakening, to the beautiful duet that is ‘Evermore’, which sees the pair explore previously unexplored terrain. “We had this vision of us standing in a storm, held together only by love and felt that this is the state of mankind momentarily. So we wrote our first love song.”

Despite the beauty and tenderness running throughout the album, there’s also the uncertainty of the world that is mirrored. ‘The Silver Threshold’ charges with pulsing electronics, ominous, churning riffs and a tone that captures fear and anger as much as it does beauty and wonder. This feeling of being in the middle of the unknown, where uncertainty impends, also plays a significant role.