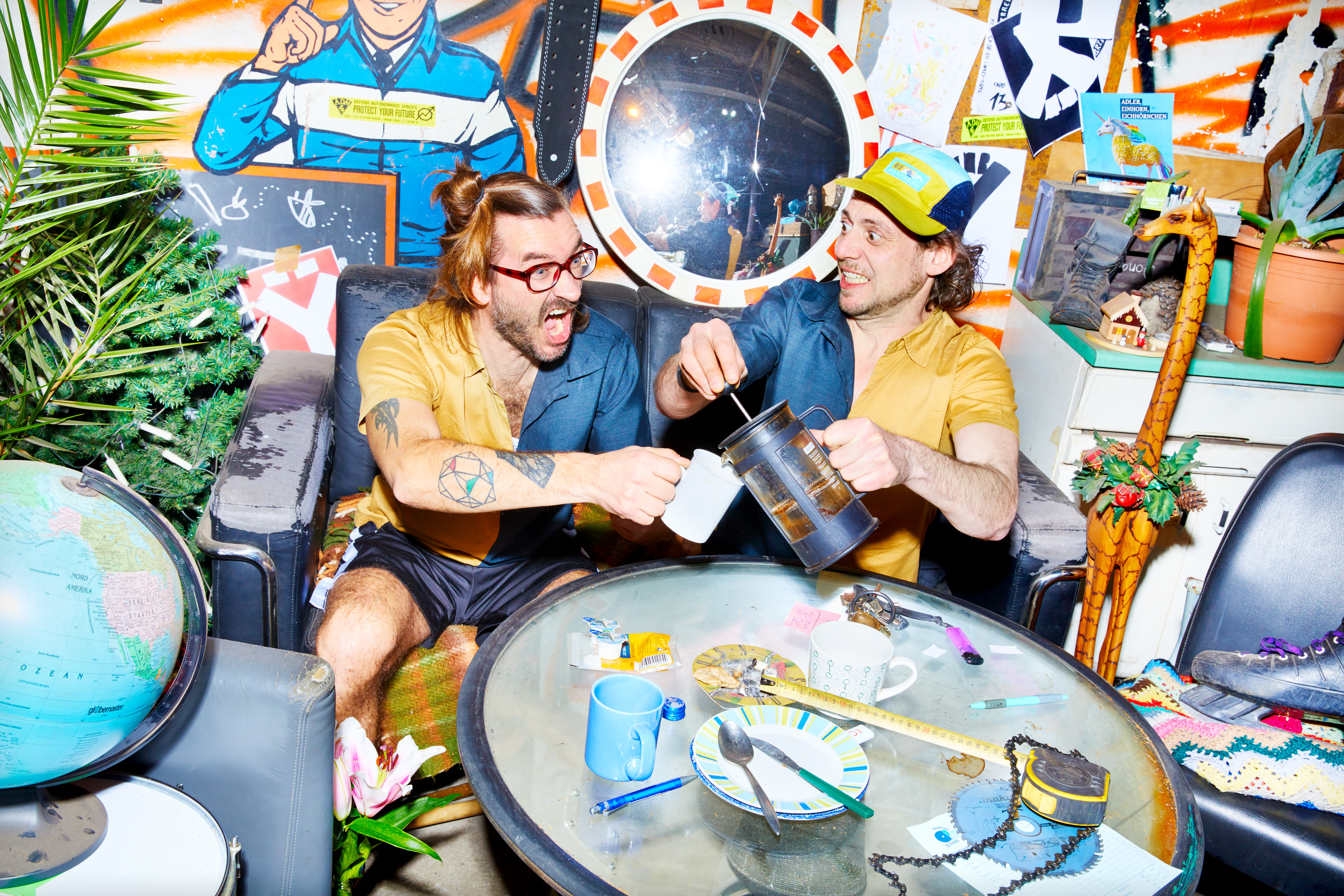 The band Dÿse is a duo consisting of Andrej Dietrich (guitar, vocals) and Jarii van Gohl (drums, vocals), originally established in Amsterdam in 2003. There they released their first single “Honig”. The release was also the starting shot for the success story of an East German band, whose energetic shows in Europe and Asia established the name Dÿse as a trademark for authentic and innovative music to this day.

No superlatives, no exaggerations. Dÿse is what Dÿse is. A band, whose music and live performance wins people over.

The sound of Dÿse is recognizable by dynamic rhythms and hearty guitar riffs. Unconventional songwriting and stop & go arrangements are also typical for Dÿse. Rather than using a music genre Dÿse focuses on producing their own sound: always cross-genre, loud, soft, fast, slow, surprising, fresh and above all: always uncompromising.