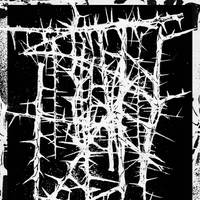 Contrasts have always been deep, and at the very heart of Amenra’s music, ever since they started uttering their Prayers and holding their Masses, almost fifteen years ago. Tormented darkness has always coexisted alongside luminous beauty, thunderous impacts instantly followed by frail, delicate subtleties. Songs that seem to engulf everyone in the world at once suddenly feel like they are being whispered to you inside the isolation of your solitary womb. The time that we have waited for a new Mass, this Mass VI that is now finally materialized and ready consume and be consumed, seems itself to also be a double-edged sword – on one hand, and although Nowena | 9.10, Mass V‘s closer, seems as final as anything we’ve ever heard, like something that should be playing when the world itself comes to an end, we are parched all the same for new Amenra songs to enter our life and remain there as the others from the past have done, and continue to do during the band’s impassioned live performances. One the other hand, the wounds inflicted by Mass V still have not turned to scars, they still itch and they have been made wider by the ways the band has found to interpret their material in different ways in the last few years, from acoustic performances and recordings to several collaborations with like-minded artists, there hasn’t been any kind of absence or withdrawal.
ENVY:
In 1995, the three original members Manabu Nakagawa(Ba), Nobukata Kawai(Gu), Tetsuya Fukagawa(Vo,Key) formed envy after the breakup of their previous band.
Until 2015, 6 albums, 5 EP, 7 Splits, 2 7" records were released.
envy has continuously played at festivals such as HELLFEST、FUJI ROCK FESTIVAL、All tomorrow’s Party and played with various bands such as Explosions in the sky、CONVERGE、DEAFHEAVEN,MOGWAI,ISIS etc.
The band enters a stagnation period after some members leaving the band after December 2015, but once Tetsuya Fukagawa came back after 2 years, the band restarts with 3 new support memebers, y0shi (Gu), Yoshimitsu Taki (Gu)、Hiroki Watanabe (Dr) and now is 6 member band. The band has released "The Fallen Crimson" with their new line up in February, 2020 and they will be releasing a live album in November, 2020 which was performed at Tokyo Liquidroom.

JO QUAIL:
Jo Quail is an internationally acclaimed composer and virtuoso cellist from London, UK.Equally at home on stage solo, with bands–orin collaboration with choir and orchestra–shecombines an eloquent mastery of her instrument with innovative looping techniques, torealise her complex, evocative music for audiences worldwide